Valencia Cathedral (Catedral de Santa María) is usually referred to as La Seu. The church was built in the 13th and 14th centuries and is a special mix of architectural styles. The Puerto de Palau is in Romanesque style, the Puerto de Hierros is Baroque and the Puerto de los Apostolès is Gothic. If you are in town on a Thursday, you should check out the Puerto de los Apostolès at noon. This is where the centuries-old water tribunal is held, where the farmers from the fertile surroundings of Valencia resolve their disputes. Nowadays this Tribunal de Las Aguas is more folklore than a real tribunal, but because of the traditional costumes it is a nice spectacle.

In the cathedral you will see many works of art, including those by Francisco Goya, but the most famous object is the Holy Grail. This would have been the stone cup of Jesus during the Last Supper. The cup has been in Valencia since the 15th century and makes La Seu one of the most popular sights in Valencia. The cup and other church treasures can be seen in the Cathedral Museum, Sala Capitular. There is also a mummified hand of Saint Vincent of Saragossa, the patron saint of Valencia.

Next to the cathedral stands the bell tower Torre del Miguelete, which was consecrated in 1418 on the name day of Saint Michael. You have to climb 207 stairs to enjoy the view from this tower.

Consult the websites of the places of interest for up-to-date price information and opening hours.

Explore Valencia on foot with an experienced local guide 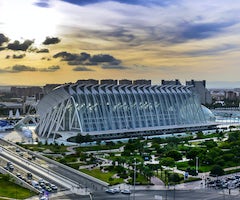 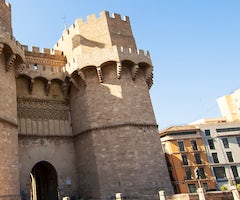 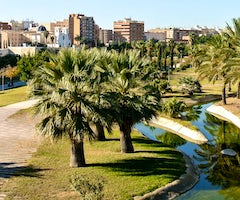